Crete is the largest island in Greece and also the most visited holiday destination in the country. Millions of tourists go on holiday to Crete every year, which in addition to a pleasant Mediterranean climate and beautiful beaches, also has a lot of culture and nature. To get to really know Crete, you need at least several holidays there, but if you are a first time visitor, we can recommend the following tips.

There are different ways of exploring Crete. You can make a road trip across Crete, or you can do like most holidaymakers and opt for one accommodation. The island of Crete is no less than 8,336 square kilometers in size. Just for comparison: the island of Ibiza is only 571 square kilometers. Crete is super big, so if you want to see a lot of the island on your trip there, I recommend you to book a centrally located accommodation as a base to explore the different corners of the island.

If you are a US tourist, be prepared to use a different currency than the US dollar - the Euro. To learn more about the Greece currency, check out our other article:

Crete is very versatile; you will find not only beautiful beaches with clear blue water but also impressive gorges and high mountains. Public transport in Crete is well arranged in itself, but it has its limitations and will not take you to the real Crete. To admire the small farming villages, winding mountain roads, beautiful viewpoints, and mountain goats, you will really need a car.

The roads in Crete are mostly in very good condition. The National Road - Ethniki Odos - lies on the north coast of the island and connects Kissamos (west from Chania town) with Sitia (east part). This road is 300 kilometers long. In several places, along the entire length of this road, there are junctions from which provincial roads connect the north with the south. These rural roads are also relatively nice; some are wider than others. Usually, these roads are very curvy, so that a lot of time is lost to reach the destination.

🧭 4. Visit the South Coast of Crete

The south of Crete is a lot more authentic and quiet than the touristic north side. If you stay on the north coast, you can drive to the south in about 1.5 to 2 hours. There are not many roads, but winding mountain roads will allow you to pass all kinds of cute farming villages. You will also meet some breathtaking viewpoints. You really look your eyes out! We can also recommend you to book accommodation in the south. Then you can easily visit many more beautiful places on the coast.

The north coast of the island is the most populated and popular area for tourists. Heraklion (or Iraklion) is the capital of the island and the main point of entry. As a functioning city, it may initially be underdeveloped, but it has a world museum. Rethimnon and Chania to the west are more pleasant and maintain the distinctive Venetian effect. To the east, Agios Nikolaos, or Ag Nik to Brits, is one of the main tourist centers of the island, but it still retains an individual personality.

The interior is home to the White Mountains, which rise to over 2,000 meters in the western part of the island and offer some impressive hikes and tours. The mountains are more pleasant to the east, and in the middle are the hidden Lassithi Plateau basin dotted with white windmills.

The south coast is more rugged and less visited than the north. The valleys intersect with isolated villages and bays. It is also the starting point for the isolated islands south of Crete.

The last thing that distinguishes Crete from other islands is the breadth of its history: from the mysterious Minoans with their labyrinthine palaces to Venetian domination, to bold actions during the German WW2 occupation.

🇬🇷 5. Learn a Few Words in the Native Greek Language

There is no better way to impress the locals than being able to speak a few words in their native language - Greek. At first, the language may look ultra-hard, but it's only because of a different alphabet than Latin. In reality, there are a huge volume of English (and other Indoeuropean) words that come from ancient Greek. We are not a history school although, so here we provide 10 popular Greek words for every tourist in Greece:

Man lived in Knossos about 6000 years before Christ. This civilization peaked under King Minos. Festos is the most famous palace in Crete after Knossos. It was built in the year 4000 BC on a hill in the heart of the Messara valley in the south of Crete. Gortys is close to the agricultural village of Agioi Deka (meaning the ten saints) and was a significant city in the Roman period.

🏝️ 7. Book a Day Trip to the Island of Chrissi, Just Next to the Crete

The small island of Chrissi is located off the south coast of Crete and is the southernmost island in Europe. Chrissi is best known for its beautiful, snow-white beaches. The water is azure blue as if you are in the Caribbean. Around the island, you can snorkel and dive well. The most famous beach of Chrissi, Golden Beach, is about 1.5 km long, and is a great place where you can relax! You can book day trips from major cities such as Hersonissos and Malia, or you can drive to the port of Ierapetra by car. From there, the ferry will take you to Chrissi in about 45 minutes.

There are also beautiful places to discover on the north coast of Crete! For example, in the town of Elounda, you can find beautiful beaches. We also recommended the city of Agios Nikolaos for a trip. However, the most beautiful beach, in our opinion, can be located in Sarantari. This beach is often recommended by the locals. Sarantari is a small beach, near Hersonissos, where the Greeks also come. You can rent a bed for 4 euros per day, but there is also a place where you can lie with your towel. With one step, you are in the sea!

The southwest of Crete has about fifty gorges, of which the Samaria Gorge and the Imbros Gorge are the most famous. The hike through the canyon is about sixteen kilometers long, which you can cover in an average of four to six hours. You then hike from the Omalos plateau to the coastal town of Agia Roumeli. During the hike that takes you through the Iron Gate (the narrowest part of the gorge), you descend a total of about 1250 meters. A good condition and sturdy walking shoes are recommended for the brisk walk.

Crete is not only known for tourism; the island is famous worldwide for its olive oil. Although olives are harvested in many Mediterranean countries, Crete's olive oil is generally considered the best in the world. You will also see that on other Greek islands, where they have their own olive harvest, in the shops with local delicacies, olive oil from Crete is often offered instead of or in addition to the domestic olive oil.

For Cretans, olive oil plays a vital role in everyday life. There is hardly any dish that does not use olive oil. With an average annual consumption of more than thirty liters per person, Crete is by far the top as the destination with the highest olive oil consumption in the world. 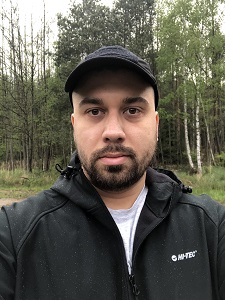